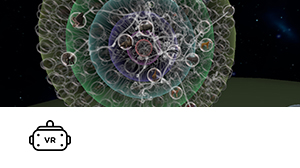 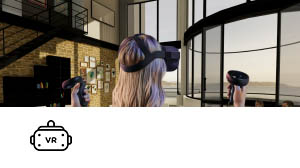 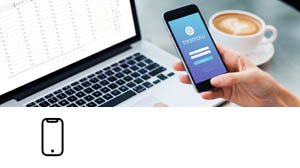 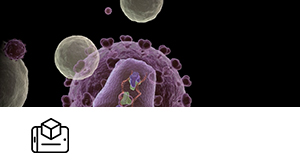 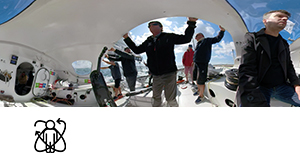 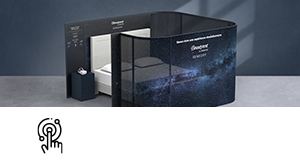 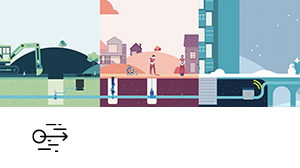 Virtual reality is a technology that allows you to immerse people in digitally created artificial worlds. To some extent, it also makes it possible to interact with the space in which the learner develops. This can include motion capture or recording commands from a data glove or controller.

The latest innovations have made it possible to democratize virtual reality, in particular with the PlayStation VR, HTC Vive, Oculus Quest, or Pimax 8K x. 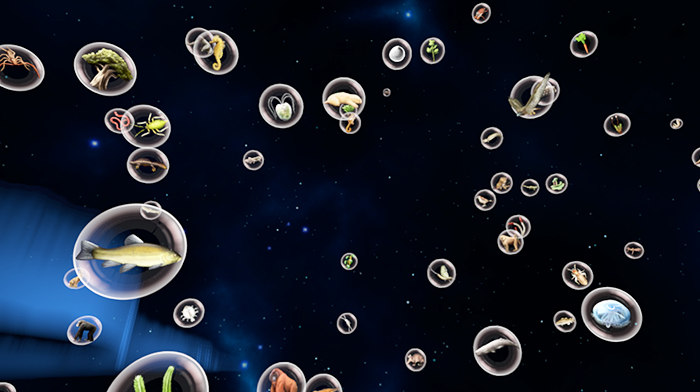 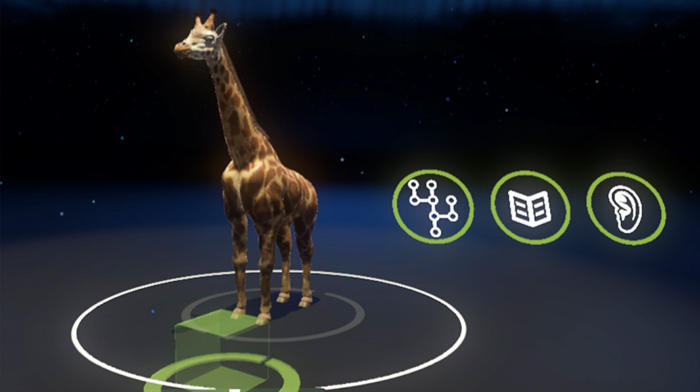 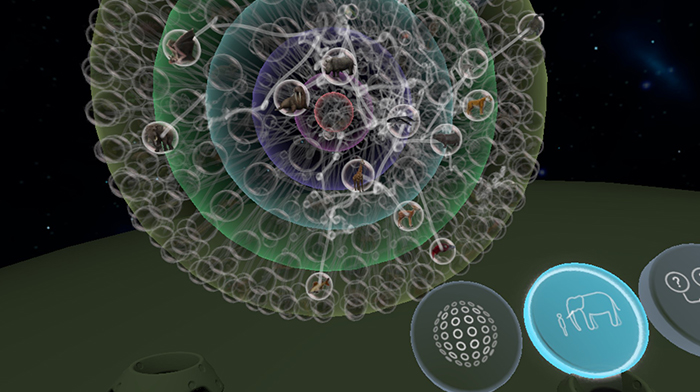 The first virtual reality experience was made in the 1950s with the Sensorama, a machine capable of reproducing a theater experience by arousing the viewer's senses. However, it was only in the 1980s that the first virtual reality headset was produced. The success of video games in the early 2000s contributed to the first tests in this area, such as Nintendo's Virtual Boy and the arcade simulator Sega VR-1.

VR is currently enjoying some success thanks to the development of technologies that enable its use in the contexts of business (training or communication), medicine (awareness raising), home (play) and culture (“transportation” through time and space).

At Manzalab, we use VR to make our experiences immersive and impactful, particularly in the field of communication and training.

For the National Museum of Natural History, we conducted an experiment called "Journey to the center of evolution" allowing the general public to discover the different species that inhabit our planet in an immersive and interactive way.

For example, with regard to training, we produced a serious game for Cdiscount to train store sales staff in concepts of interpersonal skills and know-how.

VR Academy is a technology imagined by Manzalab, expert in Serious Game and virtual reality. The fruit of five years of development, Teemew brings together a set of interconnected technological bricks making it possible to set up, quickly and on various media, training and communication applications.

VR Academy solution is deployed on all virtual reality headsets.

Meeting
Thanks to VR Academy, Accenture brought together its Comex in virtual reality and remotely, for the first time in the history of the large international group.

Workshop
L'Oréal innovates by organizing a design thinking session between Paris and New York thanks to VR Academy.

Manzalab supports you from customization to getting started with the solution, up to its deployment and use over time

VR Academy, a solution ...
- Eco-responsible: bring your teams together without traveling
- Adaptive: sized for your workgroups
- Personalized: rooms and avatars in your image
- At your hand: share your presentations, photos, videos, 3D objects, 360 ° films
- Sober: less bandwidth than a video conference
- Turnkey: from purchase of equipment to deployment

Your Teemew Academy is unique, it embodies the values and image of your company.
All the know-how of Manzalab gives birth to virtual content, environments, avatars, adapted to all your needs.

SMART can be deployed on smartphones - Android or iOS - as well as on tablets.

Product knowledge
SFR, a French telecommunications operator, has deployed SMART so that its sales forces can improve knowledge of their products.

Incentive
A large cosmetics group is increasing the motivation of its beauty consultants spread across France thanks to SMART.

Manzalab supports you from personalization to getting started with the solution, to its deployment and use over time.

SMART, a solution ...
Gamified: quizzes and games to anchor knowledge
Adaptive: artificial intelligence to deliver the right content to the right learner
Fast: a daily journey of 5 to 10 minutes
Social: rankings and live animation tools to communicate and unite
High performance: statistics to monitor the progress of your employees

Your SMART is unique, it embodies the values and image of your company.
All the know-how of Manzalab gives birth to courses, games, environments adapted to your products, your services, your teams.
A dedicated CSM * helps you design your content, deploy the application to your employees, in short, imagine a Teemew Mobile that looks like you.

Augmented reality is a technology allowing digital elements (virtual objects, sound, images, text or interfaces) to be superimposed over the user's “real” field of vision.

Today, there are multiple models of AR glasses on the market, the best known of which are Magic Leap, Nreal Light and Hololens 2. Sales of AR glasses ares expected to rise to 22.8 million by 2022. 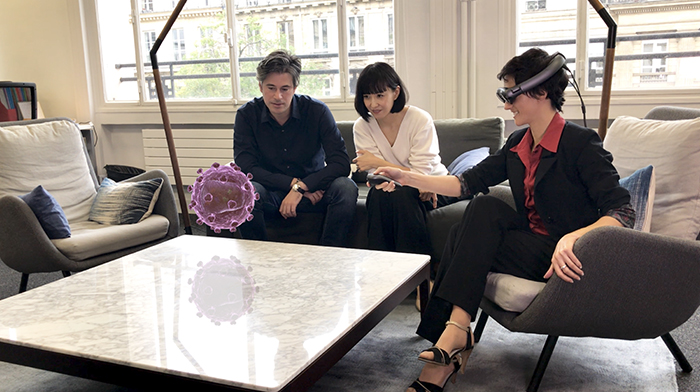 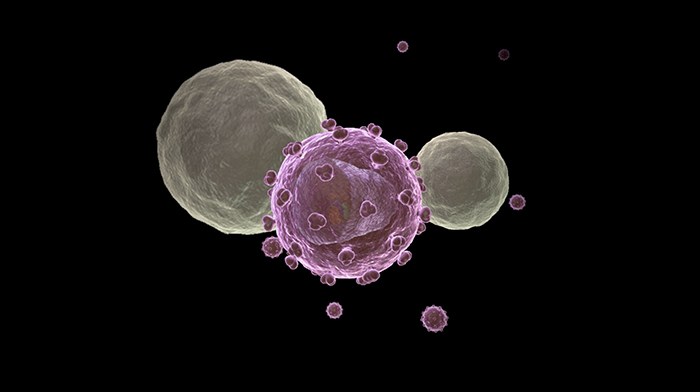 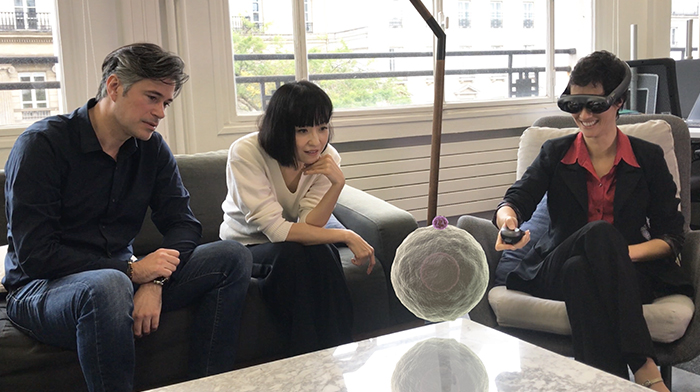 The idea of superimposing visual elements appeared in the early 1900s but it was only in the 1970s that development programs really began to emerge. After the decisive turning point of the mass arrival of IT and computers in the 1990s, augmented reality has been booming since 2010.

AR is experiencing a meteoric rise today thanks to its democratization by major entertainment industry players such as Snapchat, Instagram and Pokemon Go. Beyond this “social” use, AR is also a highly effective tool for training, sales, events and service. There is no shortage of examples, from the application by a major furniture manufacturer that makes it possible to try out furniture (life size) directly at home, to the “magic mirrors” used by luxury and beauty companies at points of sale, as well as applications allowing the real-time visualization of the visual result of any work.

At Manzalab, we use AR to make our experiences even more immersive and impactful, in order to train, educate and raise awareness, both for the general public and professionals.

For example, we conducted an augmented reality experiment for Janssen laboratories that visually explains the characteristics of the HIV virus, its development, the various therapies offered and their direct effects on the virus to the general public.

360° video enables you to watch a film with total immersion. Viewers find themselves at the center of the scene and can look around as if in the real world. The bubble-shaped 360° camera captures the complete environment and displays it inside a helmet. 360° video can also be stereoscopic, in which case it creates a sensation of relief.

The latest innovations have made it possible to move towards stereoscopic 360° video to create the dimension of relief. The best cameras are currently capable of filming in 8K and higher resolutions. The reproduction occurs via a VR headset or in Magic Window on a cellphone. 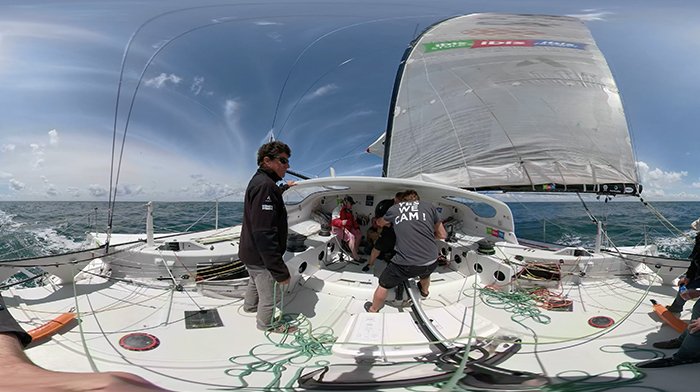 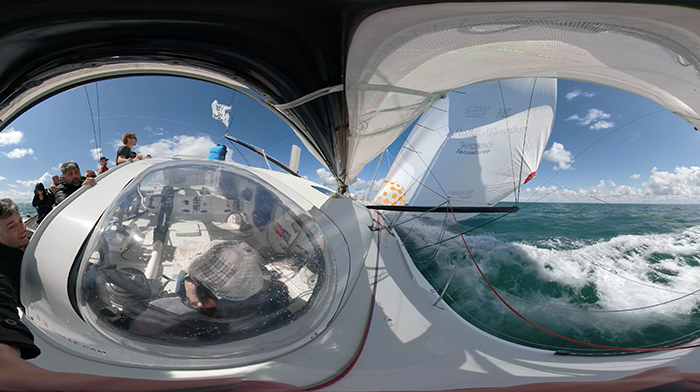 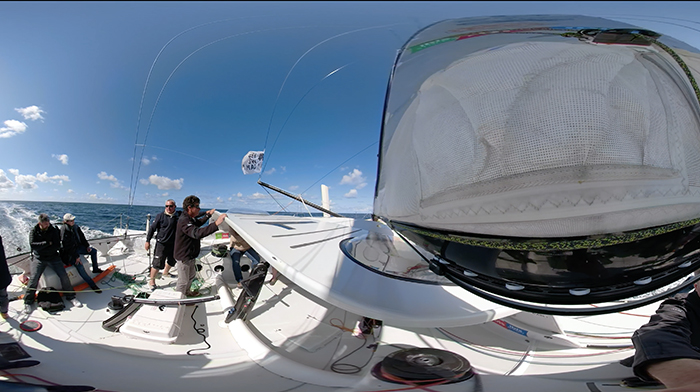 360° video capture first started in the 1990s. At that time, it was a DIY job involving multiple cameras mounted on a ring. The first professional high-definition camera (the 360 Nokia OZO) was released in 2015. In the same year, the compatibility of platforms like YouTube and Facebook with 360° video provided access to the general public in Magic Window on a cellphone.

Then came professional cameras like the Insta360Pro or Kandao that are still used today.

360° video (alone or mixed with 3D VR) is used in the contexts of business (training or communication), medicine (awareness raising), home (play) and culture (“transportation” through time and space). It allows you to immerse a maximum of people in a specific reality and place without needing to move them physically.

At Manzalab, we use 360° video to make our experiences immersive and impactful, particularly in the field of communication and training.

For the National Museum of Natural History, we conducted a visit in stereoscopic 360° video allowing the general public to discover the different spaces of this magical location in an immersive and interactive way.

For FM Logistic, we shot films in 360° video that plunge the viewer into an interactive tour of the brand's warehouses. These videos were integrated into a global VR communication tool produced by Manzalab.

Phygital combines online and offline environments by exploiting the best aspects of each space. The resulting whole creates a complete and even more satisfying customer experience. This type of device is distinguished by a multichannel orientation that offers consumers a much more fluid and intimate purchasing process. 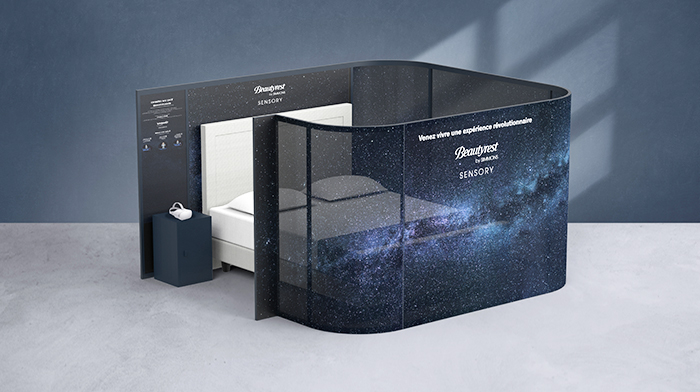 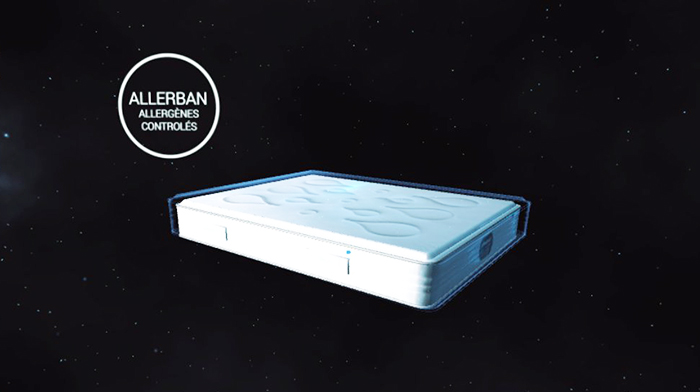 The term 'phygital' was coined in 2013. At that time, it was a precursor term that announced the start of the consumer changes introduced by millennials. Each generation brings its own share of innovations and the nature of the customer experience evolves accordingly. Phygital takes its name from two marketing aspects. The physical or the human that's accompanied by digital aspects.

The concept of phygital was naturally B2C oriented from its origin. It's therefore very popular with companies that want to present stores able to win over millennials. In view of the success of this type of device, the B2B world should already be devising phygital strategies.

At Manzalab, we support our customers in their transition to phygital for both B2B and B2C.

For example, for Servier laboratories we designed and conducted an unprecedented phygital interactive experience. It's an exciting and educational immersion that enables visitors to better understand the benefits of diabetes treatment.

For Simmons, we designed and produced a phygital experience integrating VR and deployed in stores. In order to experience the quality of their mattresses fully, the device enhanced the physical and emotional aspects of the product.

The first examples of motion design were created in the abstract films of Walther Ruttmann and Hans Richter in the 1920s. The term "motion design" was actually coined in the late 1950s by filmmaker John Whitney. At the same time, graphic designer Saul Bass introduced the process to the general public in film credits for Alfred Hitchcock in particular.

Motion design enables you to create works from animated graphic elements, for fiction, advertising or institutional films, graphical interfaces for websites, virtual and augmented reality or even videogames. It allows you to enhance a product or explain a concept via video.

At Manzalab, we use motion design to produce institutional teasers and films. Our graphic designers first produce the elements that are then animated by the motion designers.

For example, we conducted a series of MOOCs (Massive Open Online Courses) on addictions for the University of Paris Sud. These educational tools energize online training.

For the French Biodiversity Office, a series of short films raises public awareness about the key figures. Our animated film for the Claire Group fluidly expresses the communication, explanation and presentation of the company's lines of business.